Why you should move your VDI to Windows 8

Join us for the Silicon Valley VMUG User Conference

Yet another reason to move your VDI to Windows 8

Yesterday I published a blog post entitled “Why you should move your VDI to Windows 8” comparing different versions of Windows during IDLE and Login process. One of my readers (John Hardman) suggested that I also should measure disk IO commands issued from multiple Windows OS during boot time.

What I found in the additional test is another pretty compelling reason to move VDI environments from Windows 7 to Windows 8. In this test Windows 8 excelled when compared to Windows 7. During the boot process there were 54% less write IOs and 39% less read IOs at peak time in favor of Windows 8.

The average IO consumption, for both read and write, were approximately 50% lower when compared to Windows 7.

Windows 2K8 also demonstrated interesting results with lower peak and average IO for reads than any other Windows version. For write IOs it didn’t do so well, but still better than Windows 7. 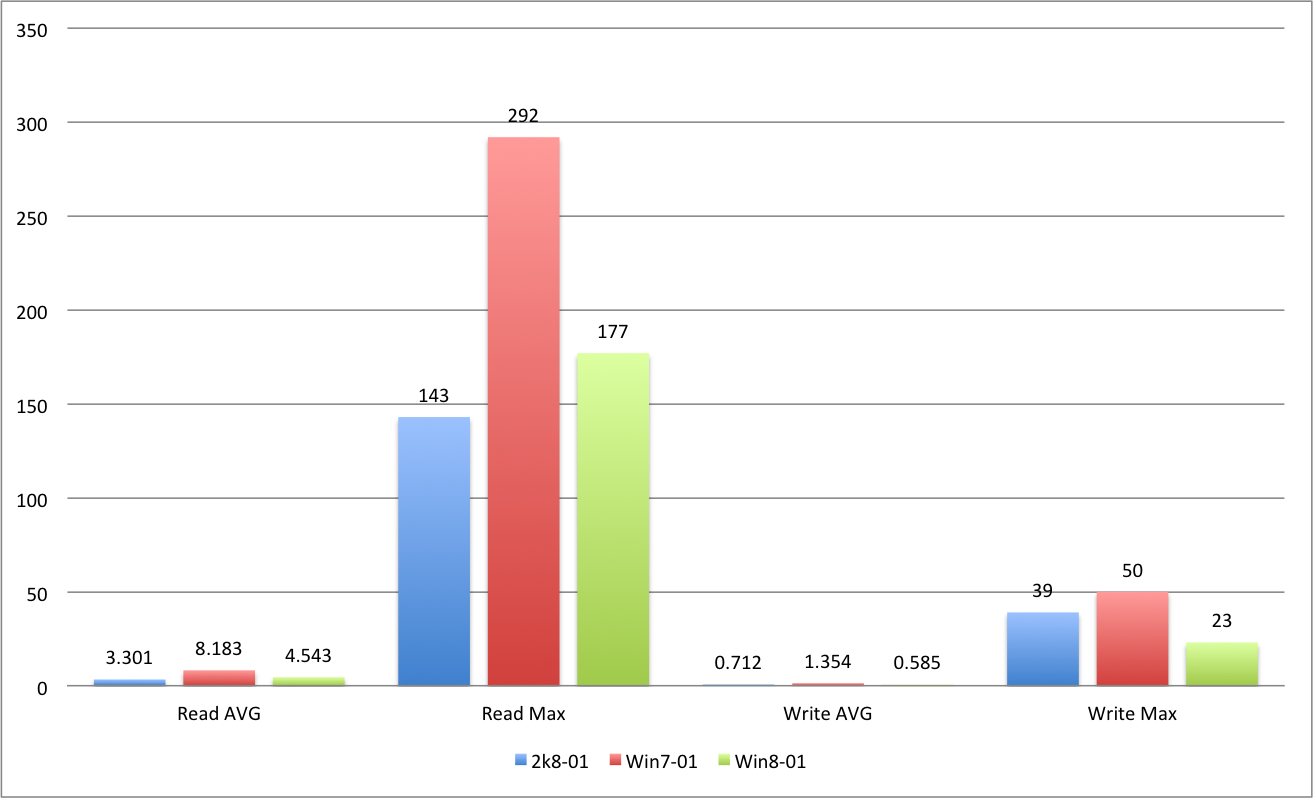 Most VDI solutions do not have constant boot storms, but those that use floating pools and require constant desktop refresh could hugely benefit from the lower IO overhead provided by Windows 8 during boot time.

It seems that Windows 7 is actually the most demanding Windows version in regards to disk IO operations.

The storage performance conundrum may not be an issue for newer storage architectures, such as those using storage class memory devices, that can drive an enormous amount of IOPs at very low latency. However, it could also mean that architects are able to increase host density without increasing latency.

I did not run a production working set using system testing tools such as View Planner or Login VSI to completely validate the theory. If you have done so and is willing to share, please do!

Here are the results for the previous tests but I would recommend you going over to the article for better explanation “Why you should move your VDI to Windows 8“. 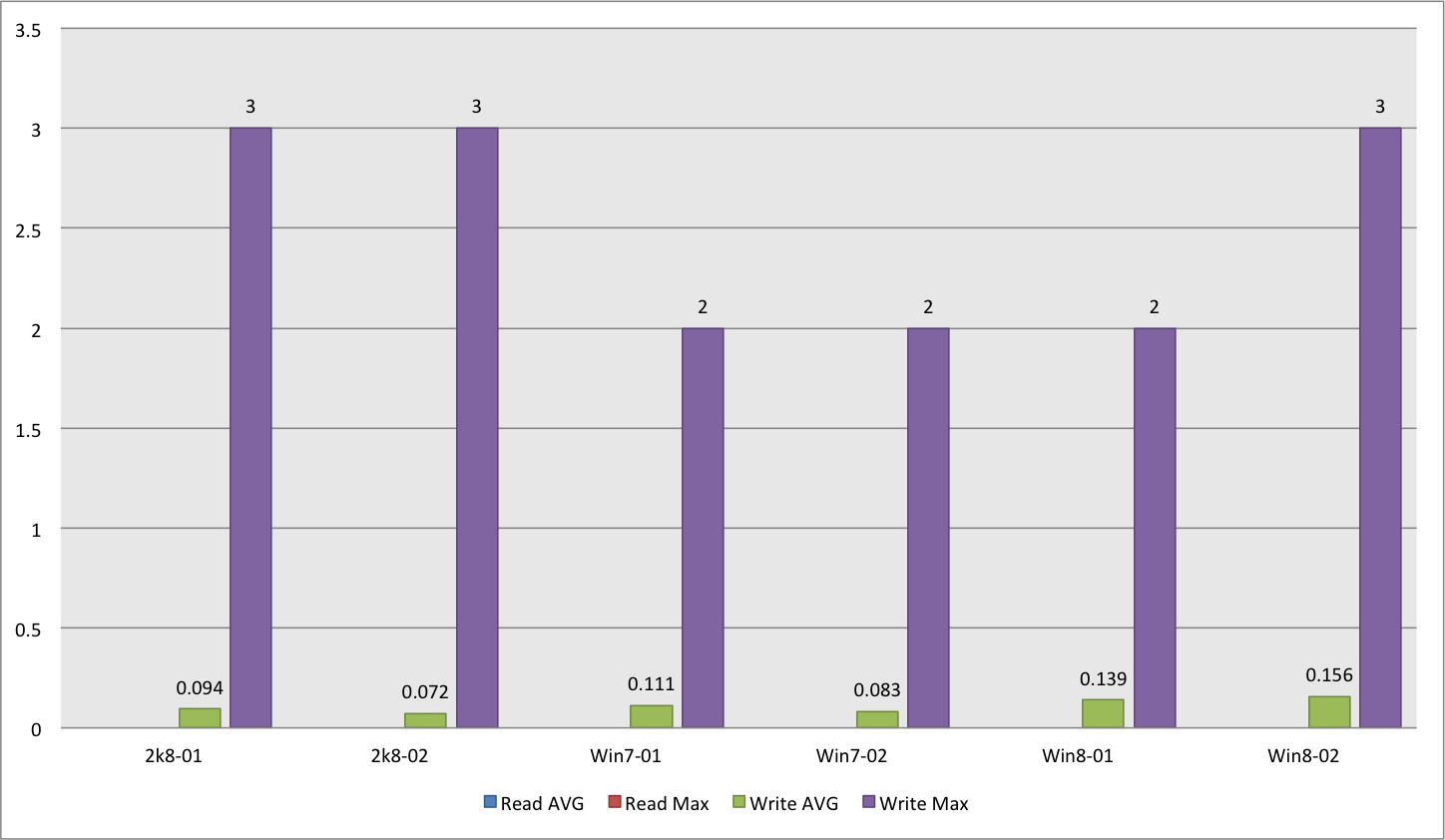 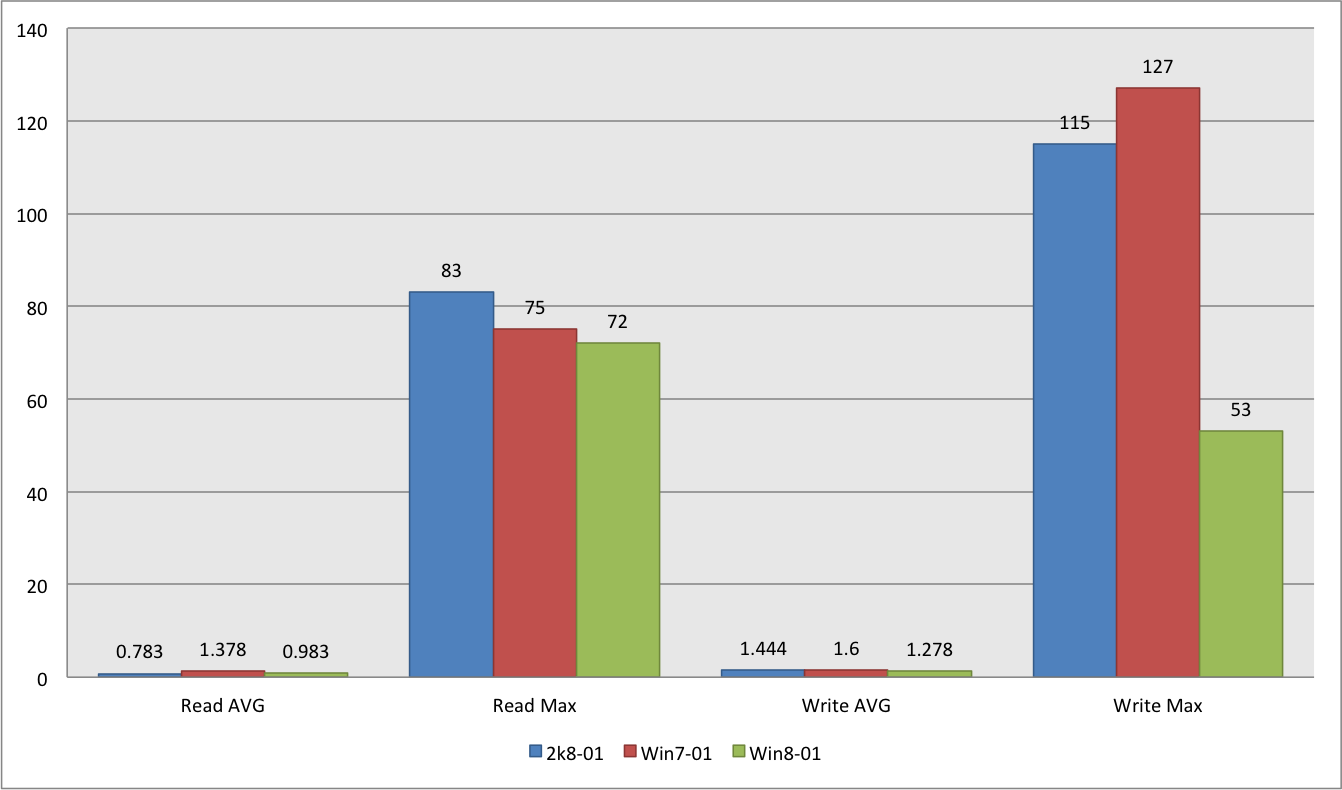 This article was first published by Andre Leibovici (@andreleibovici) at myvirtualcloud.net.