Nutanix named a ‘Visionary’ by Gartner (My take on it!)

Web-Scale IT. It’s here; it’s now and is allowing IT to seamlessly and effortlessly support the pace and growth of business.

I’m looking forward to the Web-Scale Wednesday Event happening June 25th, 2014 and hence decided to re-visit one of my articles about Web-Scale properties, and explaining the properties with more business focus.

Web-Scale IT is the way datacenters and architectures are designed to incorporate multi-dimensional concepts such as scalability, consistency, tolerance, versioning etc.

Web-scale describes the tendency of modern architectures to grow at (far-)greater-than-linear rates. Systems that claim to be Web-scale are able to handle rapid growth efficiently and not have bottlenecks that require re-architecting at critical moments.

Web-scale architecture and its properties are not something new and have been systematically used by large web companies like Google, Facebook and Amazon for many years. The major difference is that now these technologies that allowed those companies to scale to massive compute environments are being introduced into mainstream enterprises, with purpose-built virtualization properties, and allowing mainstream enterprises to harvest the same benefits.

Enterprise IT should not be about nuts and bolts. It’s easy to get lost in the weeds of technology and forget the greater purpose. It’s not about speeds and feeds; it’s about getting your teams to focus on supporting the business priorities and work together.

Adding additional infrastructure such as server and storage should be a non-event because IT is about delivering services that matter to the business. Shrink or grow, one node or 20 nodes, it needs to happen at the pace of business.

Today Nutanix OEM server hardware through Super Micro, tomorrow Nutanix could switch or introduce a new hardware platform if the economics, performance and form factor made sense; or even support a software-only model if enterprises were not interested in an end-to-end solution for their datacenters.

The Nutanix platform is a fully distributed system designed to be fault resistant and to eliminate any single points of failure or bottlenecks. The system uses a shared-nothing approach where all components and services are distributed to all nodes within the cluster. Individual components are designed to fail fast to enable quick system recovery. 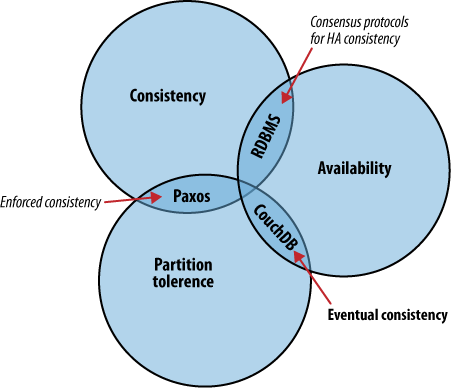 Programmatic interfaces allow administrators to create automation workflows using scripting languages or workflow engines like vCenter Orchestrator, vCAC, Puppet, Chef, BMC and others. However, it is equally important for applications, as it allows them to drive VM and application centric policies around infrastructure requirements.

Enterprise software vendors are already starting to work with Nutanix to integrate their software stack into Nutanix APIs allowing them to drive application and infrastructure requirements such as security, availability, reliability and performance.

It is not uncommon to see enterprise software and infrastructure updates only when support contracts are about to expire or when a new feature is needed. IT organizations are sometimes reluctant to make changes because outages have to be planned and possible manual interventions could be needed throughout the process.

Today Nutanix offer non-disruptive one-click rolling upgrade for all nodes in a cluster, but the native distributed system implementation could also perform non-disruptive 3rd party software and hypervisor upgrades in the near future.

When infrastructure services have open API and offer fully functional automation of every aspect it also allow common management and analytics platform. Silos of infrastructure commonly place additional complexity to managing the wealth of performance and analytic data that is generated. Having different hardware, different data centers and different use cases to contend with, it’s all about managing the whole story and seeing problems before they end up on the CIO’s dashboard.

Nutanix has a comprehensive management framework that brings powerful control and simplicity to the management experience. Using a multi-cluster management UI, administrators can get end-to-end visibility, analytics and control of clusters, allowing them to easily deploy, maintain and scale their infrastructure.

Nutanix chose to build data and control planes from the ground up to be a Web-scale distributed system following all the above properties and guidelines. These guidelines not only guarantee resiliency, scalability, consistency, and tolerance to failures, but also ensure a platform to bootstrap future datacenter innovation.

Hear firsthand from the pioneers and practitioners of web-scale IT and learn why it’s becoming increasingly relevant for the enterprise datacenter during an interactive online event that Nutanix is hosting. The event has an impressive speakers line up, including executives and technologists from Dell, Apigee, Wikibon, Twitter, Datastax, Citrix, The Register and Veeam. It’s this Wednesday, June 25th, 2014. Click HERE link below for more information.